What if the world was really against you? What if you couldn't escape? Struggle against the stress and pressure of the world - of your own guilt - bearing down upon you. There are no heroes here.

It is a game about flawed character, about exploring consequence and morality against a backdrop of very real, supernatural and monstrous danger.

The game master assumes the position of a Director, who conducts their Cast (the players) in their tragic play of characters haunted by their own pasts and a scenario which aims to turn those haunts against them.

The goal is two-fold - to unravel the mystery of the world, and then survive it.

Locus is ideally played with 2-5 people, with one taking the role of Director (GM)
It requires a Standard Deck of Cards and 3D6 to play.
It is typically designed for 1-5 sessions of a few hours each.

Game Features
Locus offers a number of unique features to facilitate the horror stories it is made to tell.

The game is presented in two documents - a Director's Guide and a Player Guide. Potential players should ideally not read the Director's Guide, as it reveals many of the secrets they would be aiming to discover in play.   The Player Guide covers what you can expect as a player, the rules, character creation and some guidance on roleplay, interacting with the world and how certain conflicts will play out mechanically.  The Director's Guide contains all the tools needed to understand the lore of Locus and build and run your own game, guidance on working with players to get the most out of the personalised elements of your design including monsters tailor made to the player characters, and a full sample campaign.

Both guides are included in the purchase and both are needed to play.

Locus is released under the Creative Commons CC-BY licence. This means you can create games and content using the contents of this game provided you give attribution to it's creators. For more information visit here.

"This game is the definition of 5 stars in my book. The tone of this game is so distinct, which is not an easy task in the horror genre where so many things can blend together and look the same. The mechanics and game design itself are SO clever, from characters rolling against their own negative attributes and the system of check difficulty. It all plays so well into how the game calls itself: *personal* horror. Locus will be one of my top TTRPG recommendations for a table of trusted friends for years to come." -SirHeckalot, TPKRoleplay

"No exaggeration, this is the best horror RPG I've had the pleasure of playing. We streamed a four episode series over the course of a month, and it was spectacular! Unique game design, a modular framework that you can mold to fit your tables preferred style, incredibly intuitive mechanics... My only caveat (and this is far from negative criticism) would be that a session 0 is vital, and that everyone at the table should be able to trust each completely.  I can't recommend this enough for a mature group of friends that are looking for a stellar horror setting to try out!" - Andrew Hooper, LostCaravanRPG.

In order to download this game you must purchase it at or above the minimum price of $32 USD. You will get access to the following files:

Support this game at or above a special price point to receive something exclusive.

Get the pair of Locus Hardback books.

Costs include postage, please allow for some time for the books to reach you, (UK postage is in a bit of disarray due to workers being pushed to strike right now)

Get the pair of Locus Hardback books.

Costs include postage, please allow for some time for the books to reach you, (UK postage is in a bit of disarray due to workers being pushed to strike right now)

If you're in need and unable to afford the game then please feel free to take a copy from this pool.

We will add another copy to the pool every time someone likes this game, or any other Locus products, enough to give us a 5star rating on itch.

I really liked my first time playing this with a couple of friends. I would highly recommend this game with a few simple costumes (mine was a red scarf draped over my face & a hat to keep it tangled & folded as to look like a billowing veil), but its extremely fun I promise you will love it!

Locus is a mystery/horror RPG that uses both playing cards and dice. It is chock full of content; with a player guide that elegantly present the rules, and a director guide that explains in-depth how to set up the your own horror mystery.

Hello. Are there any more community copies available for "Locus"? I'd absolutely love to play it. 😊

We add a copy whenever the game gets a 5 star review, so at the moment there aren't any more, but there will (hopefully) be more in the future!
I'll put a reminder out to folks that that's how it works on Twitter too fingers crossed!

In fact we're just about to add one right now! Thought we should let you know since you asked!

Just a quick question: Is it possible to play this game solo? 🙂

Unfortunately we haven't made a solo version of it no, currently it really needs 2 players at least.

Locus is an awesome game and I even wrote a thread on it! Check it out here!

This game is an easy 5 Stars!

Love it, backed it on the kickstarter and this doesn't disappoint.

I think actually a lot of prospective games devs should have a look at how the campaign was run, but also, at the quality of the content. 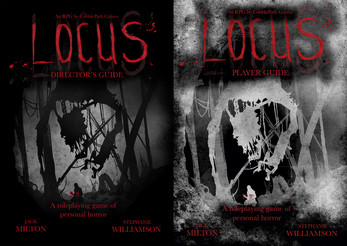 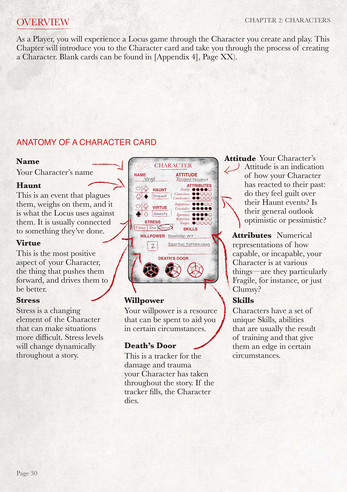 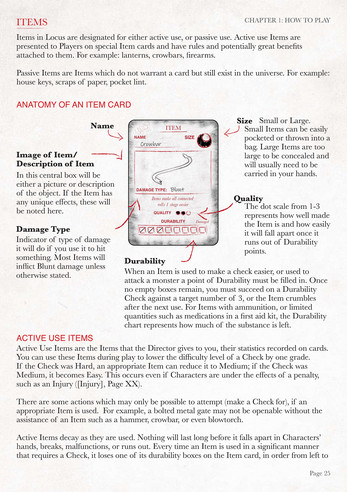 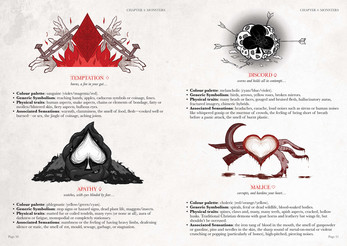 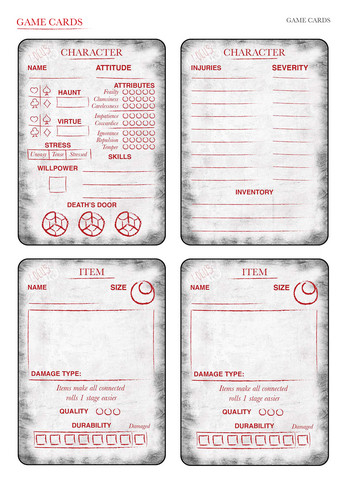